Her Key To The Treasure

A new lock by the genius Sashko, designer and maker of the Titan Lock.
This time, it's still a lock to open and a new story:

Recently Titan found his previous treasure, but unfortunately his wife is still unable to find the key to her treasure. The last thing she remembers is that she put the key in her purse

So basically you have to open her purse, which is actually the lock :) 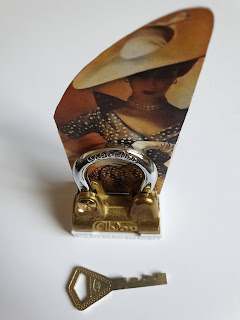 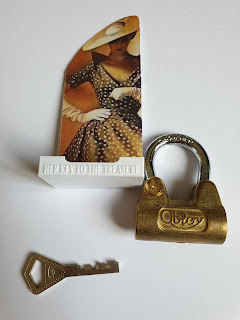 Same as before: no force, be gentle and everything should all be ok.
The lock is a bit bigger than the previous puzzle lock and has a nice shape. It's also a sequencial discovery puzzle that will puzzling you!
Ok so what do you have? Only a key? Ok so the key, something you can insert it, fully or not, sometimes not....What's going on??
Turning does not do anything...
I had a good idea (which appears latter that it's part of the solution, but still there are several official solution to open, some are nicer than others), but I did not know it was a great idea hahaha....I just try things. When you're blocked and puzzled, that is just the only thing you can do !
After a bit of time I opened the lock and found the key to her treasure ! A nice little key...hope Titan won't break it :) 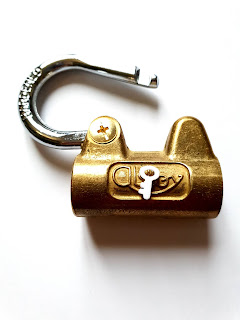 What I like with this lock is the nice story, the lock and the solution for sure and also the nice display. It has to be mentioned because this is so rare to have a diplay for puzzle. This one is a 3D printed stand that you have to assemble (only 2 parts).
I also like the original shape of the lock and of the parts like the shape of the keys and tools.
It did not take me as long as the Titan Lock to open this one, it was less painful for my mind and fingers haha.
To be truly honest I prefer the Titan puzzle but don't get me wrong you always have a favourite puzzle among your favourite ones, that does not make the others bad. And I don't consider my personal tastes as a universal truth :)
So, do I advise this lock? Definitely !!!
Buy one while Sashko still makes them and don't forget to add the Titan Lock as well, you do need both, after all they belong to the same story.
To buy the lock, you can go to the Etsy page of the designer HERE
Posted on by Az No comments: 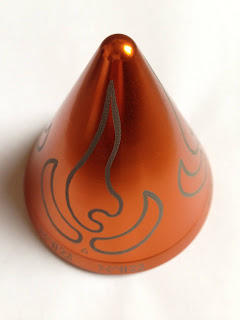