You may remember that Jon Keegan released jewel thief, tumbler and double tumbler.

So far, I have only solved completely the tumbler puzzle, so here are my thoughts about it. 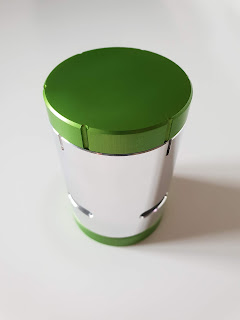 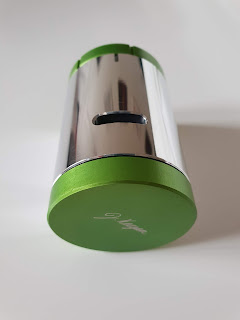 The first thing to mention is the great quality and the nice anodized green color. The anodization is not only nice but also protects and makes the puzzle more resistant. So it has a useful function as well!

Jon got the idea from the famous first cylinder puzzle designed and made by Wil Strijbos. Despite some common features there are also some nice differences.

So let's go about the differences!

It's bigger than the first cylinder and has some holes. If I am right, Jon made these holes to help the solver because many people considered the puzzle to be too hard. I really like the idea, but despite it shows a little bit from the inside, it did not help (or maybe I did not think enough?...) that much to solve the puzzle.

The puzzle has 2 moving part and they need to be rotated in some ways...cannot talk more about that, though...But the thing is that there is no spring (compared to the first cylinder), so the puzzle will not pop when opened. I really like the pop sound, but the spring also damaged the bottom of the puzzle. Here, no issue about damaging and the moves are very smooth. 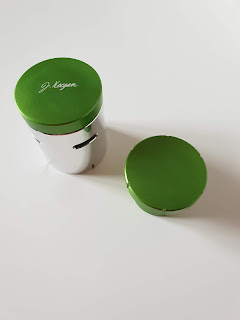 The puzzle is more complicated than the Strijbos' one and when you make a progress you will know what to do, but easier said than done! ;-)

At some point the puzzle opened a bit and as you may want to do (or may will) I closed it...you know sometimes you need to close and find different ways to make more progress. Luckily I managed to open it again a bit and at some point it opened.
Not sure if it's made on purpose (I am pretty sure it is, but then I will now try to figure out how it was possible) that the puzzle could open a bit, before completely be opened after some more moves.

Once opened, you can see the internals and try to find a way to solve it faster for the next attempts.

Now, I will try to solve its big brother (double tumbler) which should be even more difficult!

You can contact Jon to check if he has some left. Definitely a must-have! 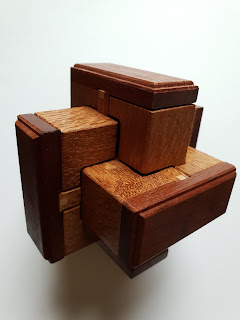